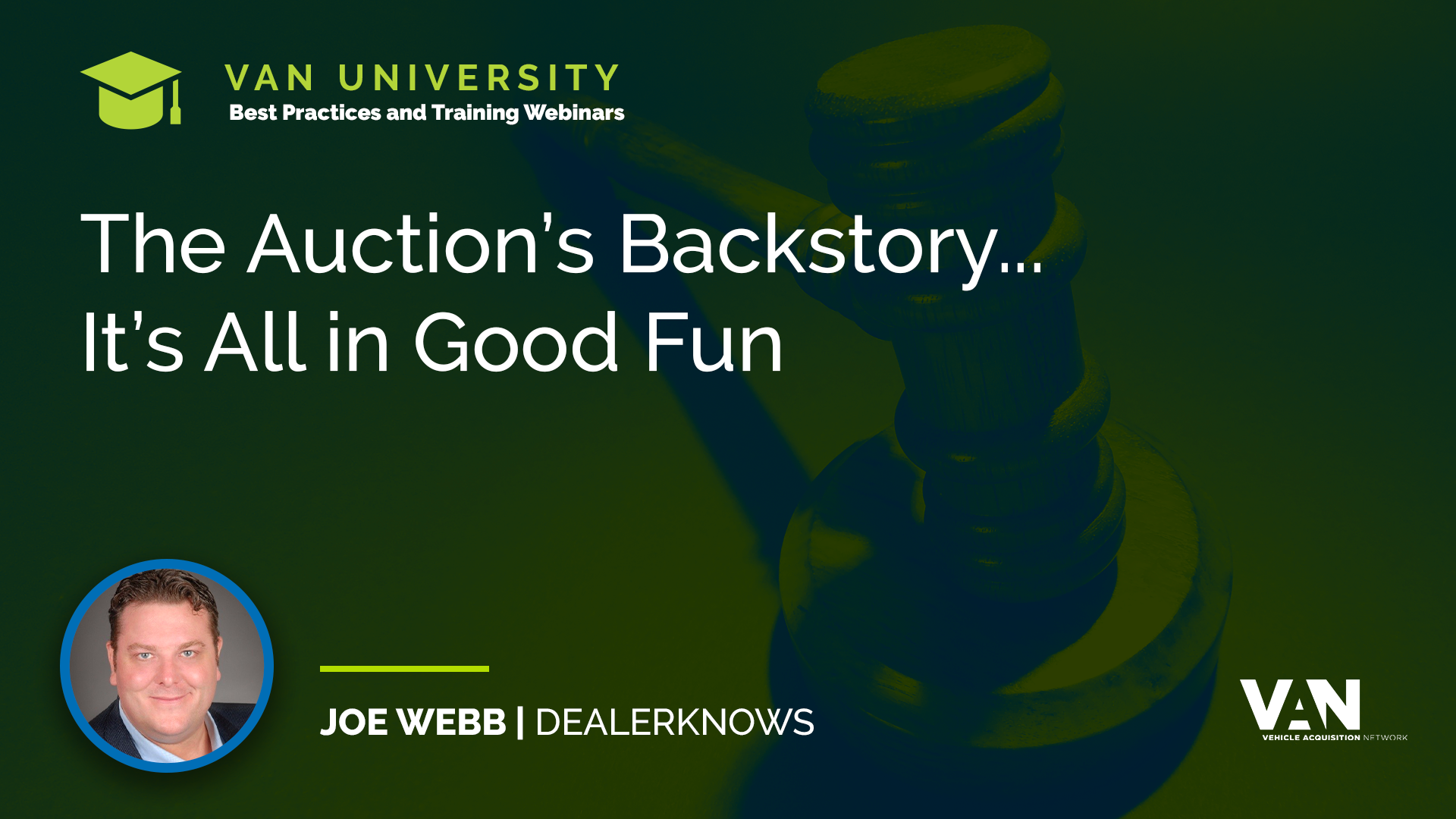 'The Auction' Webisode Series Backstory... It’s All in Good Fun

The Auction’s Backstory...It’s All in Good Fun

Joe Webb loves celebrating the people who work for dealerships. He wanted to highlight dealership workers to make the Auction experience appear based on reality. Webb jokes he wanted to include some really great one-liners too.

Webb, a VAN partner who represents Dealerknows.com (an employee consulting and training company), is writer and producer of 'The Auction' webisode series. He combines his improv experience with auto sales and management. “This was a partnership between VAN Co-Founder Tom Gregg and his team,” Webb says. “I had this vision of 12 people side-by-side that are all the typical type of people you see at the auction--each with their own proclivity.” But the concept of getting twelve people (non-professional actors), knowing their lines, and not looking at the camera is an impossibility!” he exclaimed.

“I wanted to create different, unique points of view; these are the reasons that auctions are frustrating because the personalities there are in a melting pot,” he explained. “Bill’s dad (Bill Sr.) was just about everything being old at the auction. Mostly it’s weather-based.”

Webb envisioned Mark Curcino’s character as one who is,  “fully inept or obtuse as to what happens online.” Webb recites Curcio’s lines fondly, “‘Damn online people...Hundreds of people got through life without dragging a string between their teeth,’” referencing dental flossing. Curcio compares the internet to an entity that is “‘suspect--like monogamy and flossing.’”

Webb says Mark’s character sparks memories from 2001 when the internet was in its infancy. “Back then, salespeople didn’t want to handle customers who had been online,” he admits. They claimed these customers were ‘mooches. "The difference of a sale--between a walk-in (customer) and the internet was about $50, so this was just a complete misnomer.”

“Videos are a lot of work...but videos are king!” Webb says. Filming and production can be a massive undertaking, but Webb accomplished his goal of creating something that is engaging and entertaining while highlighting obstacles of vehicle auctions.