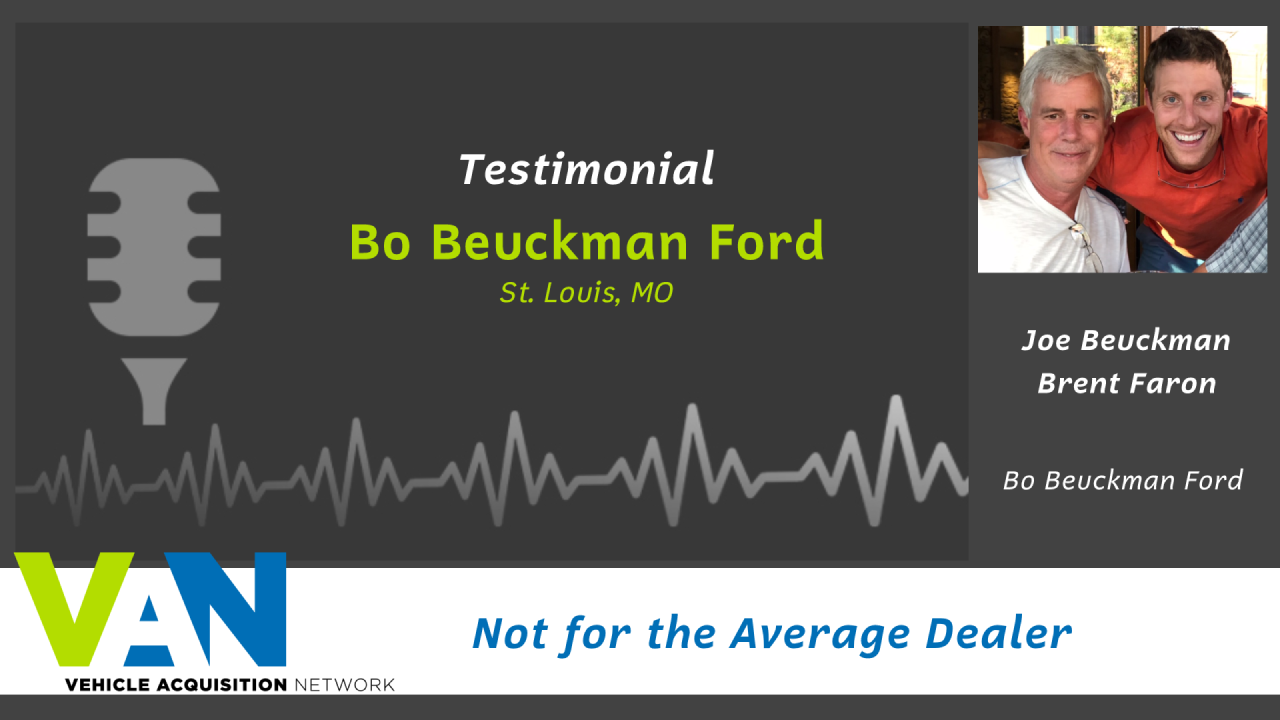 Joe Beuckman was raised in the car business. He has a passion for every part of the car buying business. Joe's father, Bo, made sure his son had an appreciation for hard work by starting him as a car washer in the business and allowing him to work his way up. By the time Joe took over the business from his father, he had developed a passion not only for helping customers but also supporting his employees, many of whom became like family.

One such employee is Brent Faron. As the company's Used Car Manager, Brent shares Joe's passion for helping everyone who comes through the door. And with more than 50 years of experience between them, Joe and Brent understand how important it is to work smart these days, and not just hard.

One way to work smarter is to implement systems that earn greater profit with the same amount (or less) work. This is why Joe and Brent are partnered with VAN.

“Sourcing used vehicles with VAN is more efficient and cost-effective than any other way. No arbitrating, no auctions fees, no transporting of vehicles.” - Brent Faron

In 2017, Joe had passed along an email to Brent about Vehicle Acquisition Network when they were exploring ways to be more profitable with used cars. Brent nearly dismissed the email, but then decided to take a look.

Nearly two years later, Brent and his team have acquired more than 500 used vehicles from private sellers. Vehicle acquisitions and customers that would not normally have occurred.

“Without a doubt, I would place VAN at the very top of all vendors we are working with at this time.” - Joe Beuckman

In this video, the two share how the VAN platform and partnership has helped grow their business and enhance the services they offer the community. The synergy ensures a healthy bottom line for the company while also strengthening community ties.