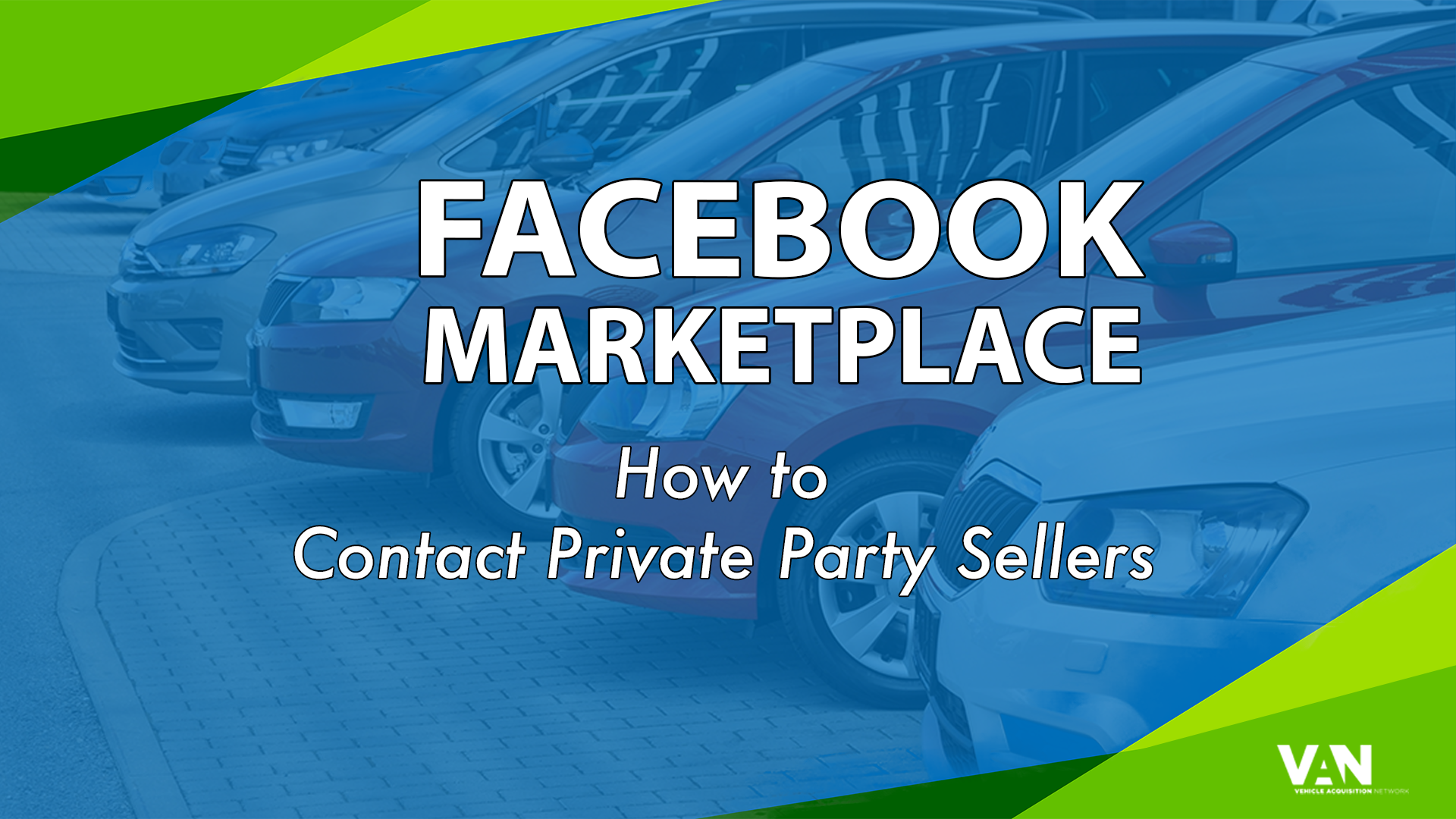 With demand for used vehicles high and supply so limited, as we discussed in our most recent post titled, Outlook: Q4 Used Wholesale Prices and Acquisition Sources, dealers across the US are scrambling for ways to get the cars they need for their customers.

“Supply is not as big as it used to be and with that dwindle in supply you have dealers rushing to the marketplace trying to keep their supply up,” explains Brent Faron, Used Car Manager at Bo Beuckman Ford in St. Louis, Missouri during a conversation recently in our monthly best practices and training webinar.

Most Dealers Are Seeing a Lower Volume of Trade-ins

And dealers who are used to getting a lot of their vehicles as trades now have to venture to auctions and consumers to replace that gap.

In the post, we unveiled the unexpected key to success on FBM which surprisingly was not something unique to the social media site but rather something key to your process entirely - transparency and treating customers right, two points emphasized by Brent Faron, Used Car Manager at Bo Beuckman Ford in. What's significant about Facebook Marketplace? “It’s not easy to do,” says Faron. “It's important that you're able to siphon through,” he explains. “There are a lot of dealers that throw their inventory up there and what not.”

How to Stand Out as a Trusted Dealer on Facebook

By ‘siphon through’ Brent means how to stand out amongst other dealers competing for your business on the site. And one way to do that, he says, is to contact private party sellers using your personal Facebook page. “That's the big key here,” Faron says. “Just be upfront with people. People respect the fact that you are contacting them from your personal Facebook page.”

“A lot of people are afraid just like they're afraid to give their cell phone numbers out. But being upfront with people, finding the vehicles you want and giving a fair offer, that's really where our bread-and-butter is right now [acquiring vehicles from private party sellers].”