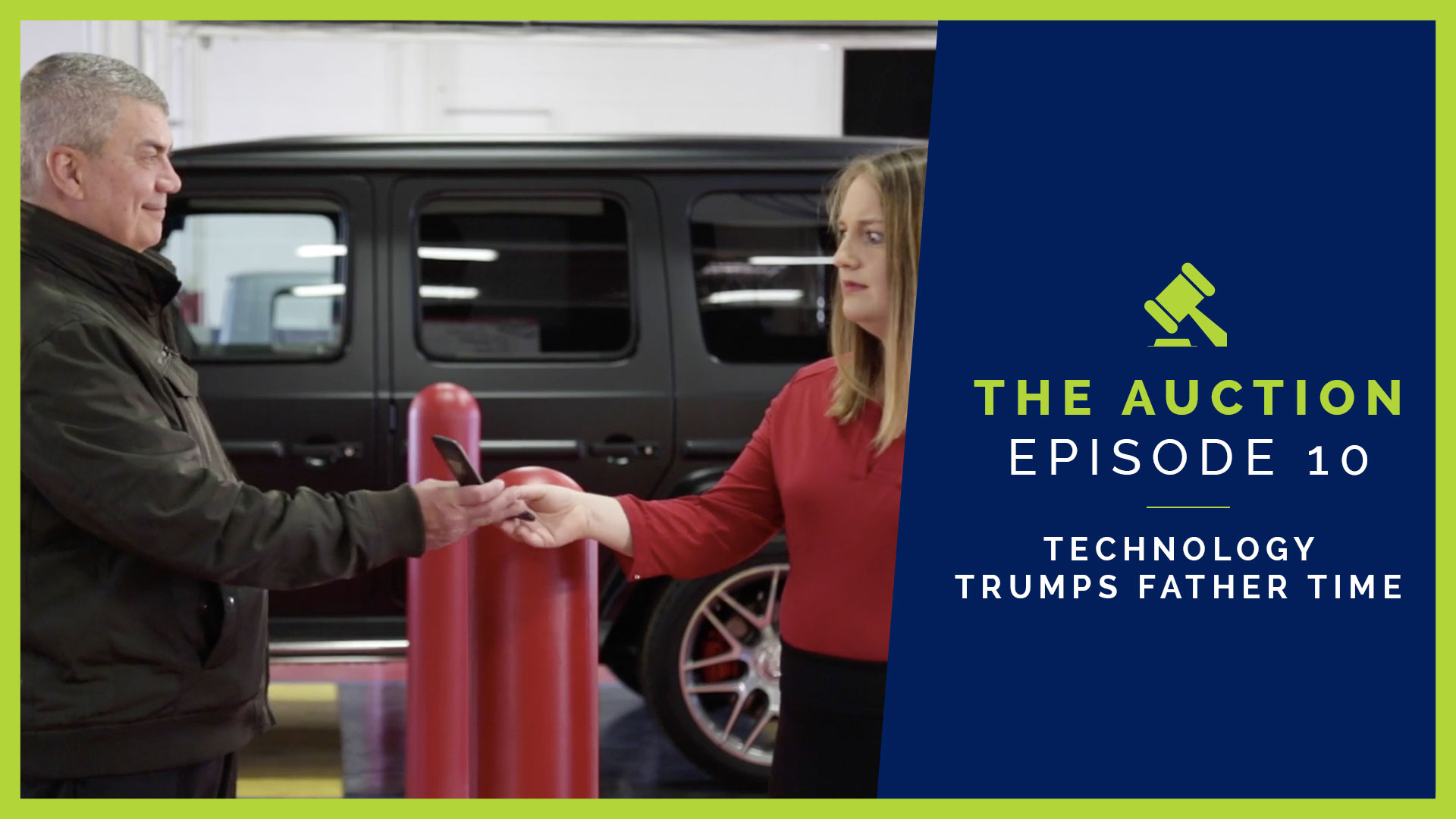 ‘Katie’ “(aka ‘The Kid’), played by VAN’s Emily Gehrke, gives always-skeptical ‘Hank’ (VAN’s Mark Curcio) a few lessons about technology when she tries to teach him alternative ways to buy used vehicles, besides the auction. “The ”auction isn’t the only place to buy vehicles,” she says.

“The internet!” he moans, sighing. ‘Frank,’ played by VAN’s Co-Owner Bill Anderson, exclaims this method of thinking is “sacrilege!” Hank answers, “blasphemy!” But when Katie tries to show Hank on his phone how to access VAN,” he whips out a flip version, his future is sealed!

Frank claims, “Auctions are the perfect place to buy cars,” because as Hanks says, “at least you can see them!” Katie objects. “It just seems like this place is designed to financially, physically, and emotionally distract you.”

Synopsis: When Katie convinces Hank there’s a better way to shop for used vehicles besides the auction, Frank tells her if the auction is the internet, she’s the virus. “Aren’t you tired of being outbid?” Katie asks Hank. He finally sees the light and the necessity to upgrade--not just his flip phone-- but to VAN. But it’s all Hank knows, except finding vehicles through trade. “Aren't you tired of spending countless hours on the phone, on planes, in the lane--just to be outbid by someone online?” She suggests Hank bypass all of the distractions and talks directly to the owner of the vehicle. All you do with VAN, Katie says, is “sit back, make offers and buy vehicles.”

Hank admits, “Sitting sounds nice.” Frank says, “It sounds like a funeral.” But Hank says, “This place (the auction) isn’t what it used to be.” He decides to make sure the auction isn’t his only option anymore. “I think it’s time for this old dog to learn some new tricks.”

Frank says, “This place is like the internet and you’re the virus.” Katie disagrees, answering,  “Na, nah, no. I’m updated software, and you...need a reboot!”

“That was easy,” Hank concludes, from his computer. “Now I get it. The internet!”

About 'The Auction' Series