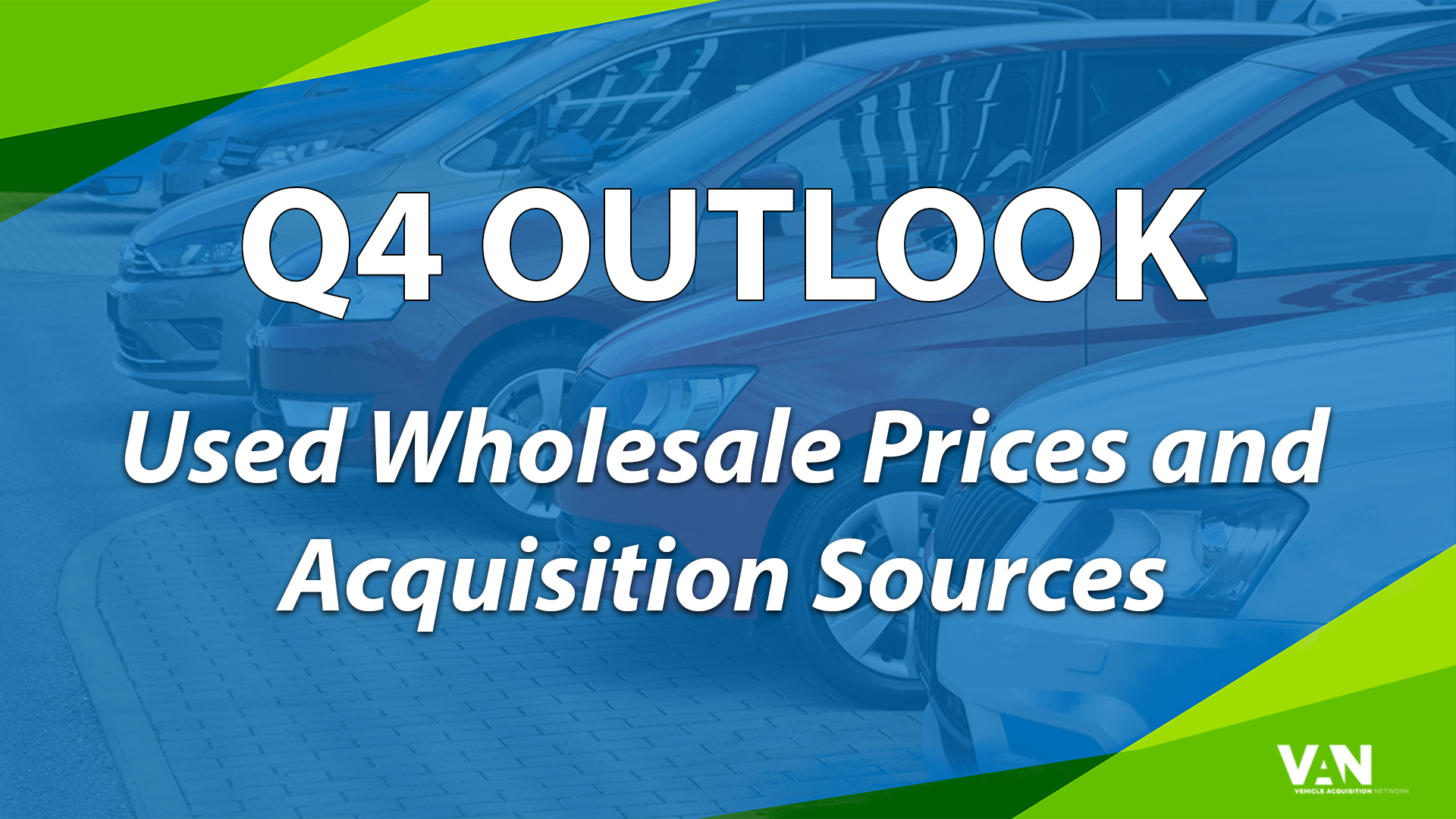 The used vehicle market continues to thrive in this unprecedented time. Although recent estimates suggest the market is down about 4% compared with this time last year, new vehicle supply remains low as automakers ramp production back up, and demand for used remains steady.

Problem is, there aren’t enough vehicles to satisfy demand. Naturally causing wholesale prices to rise. And while larger franchise dealers with deeper pockets are more capable of weathering the storm, smaller and most independents do not have this luxury.

In a recent conversation with Rick Smith from Integrity Warranty, he states, “Supply is tough right now...and you have two mindsets - the bigger franchise stores where most of their used cars had came from trade-ins...the used car director or manager would fill in some holes at the auctions to buy cars, but now they're not getting those trades.”

“The mentality at a lot of the bigger franchise stores is that we can't sell what we don't have,” explains Smith. “They don't care what prices they're going to buy the vehicles.” As Brent Faron from Bo Beuckman Ford stated in the webinar, “If covid-19 were a boulder that fell on your arm and you had to eat...what would you do? You’d cut off your arm, which is what some dealers are willing to do right now to survive.”

“Then you have the smaller Independents who say, ‘I can't pay that. I can't pay what these guys are paying because when it does turn down I can't lose that kind of money and I can't be stuck with that inventory.’”

Downsizing and Customer Service at the Auctions

Another issue dealers are up against are increased fees at the auctions due to downsizing and strains on customer service, “especially the big ones such as Manheim and Adesa,” says Smith. “Dealers are very upset about this and then they can't find the cars they normally do either.”

“Smaller independent auctions are doing a better job with customer service so they are doing really well right now,” Smith continues. “It's crazy that cars are bringing in this kind of money but you got to have cars to sell them and you just have to be careful.”

Why More Dealers are Turning to Private Sellers

“Believe it or not,” says VAN Co-founder Bill Anderson from the same webinar, “the pandemic that we're currently living in has forced many dealers to realize that private parties, alas consumers, need to be an acquisition source. That is a legitimate source they need to be tapping into as they would any other source for quality used cars for retail and even on the wholesale level, as well.”

“I don't really think it's as much of a demand issue as much as it is a supply issue,” explains Anderson. “This is not a typical space and time in our history but I do believe it's shining a light on private party acquisitions as a huge potential source for dealers.” Going back to Rick Smith, when asked how long he thinks this could last, Smith says, “I don't see anything happening or changing over the next 3 or 4 months so I don't think any of these new car guys are going to get good inventory for the next 60 to 90 days.

"Until they get their good inventory," he says, “used car prices are not coming down.”

These excerpts are from a recent VAN University webinar, our monthly best practices and training webinar which you can sign up for free in the VAN Learning Center on our website.