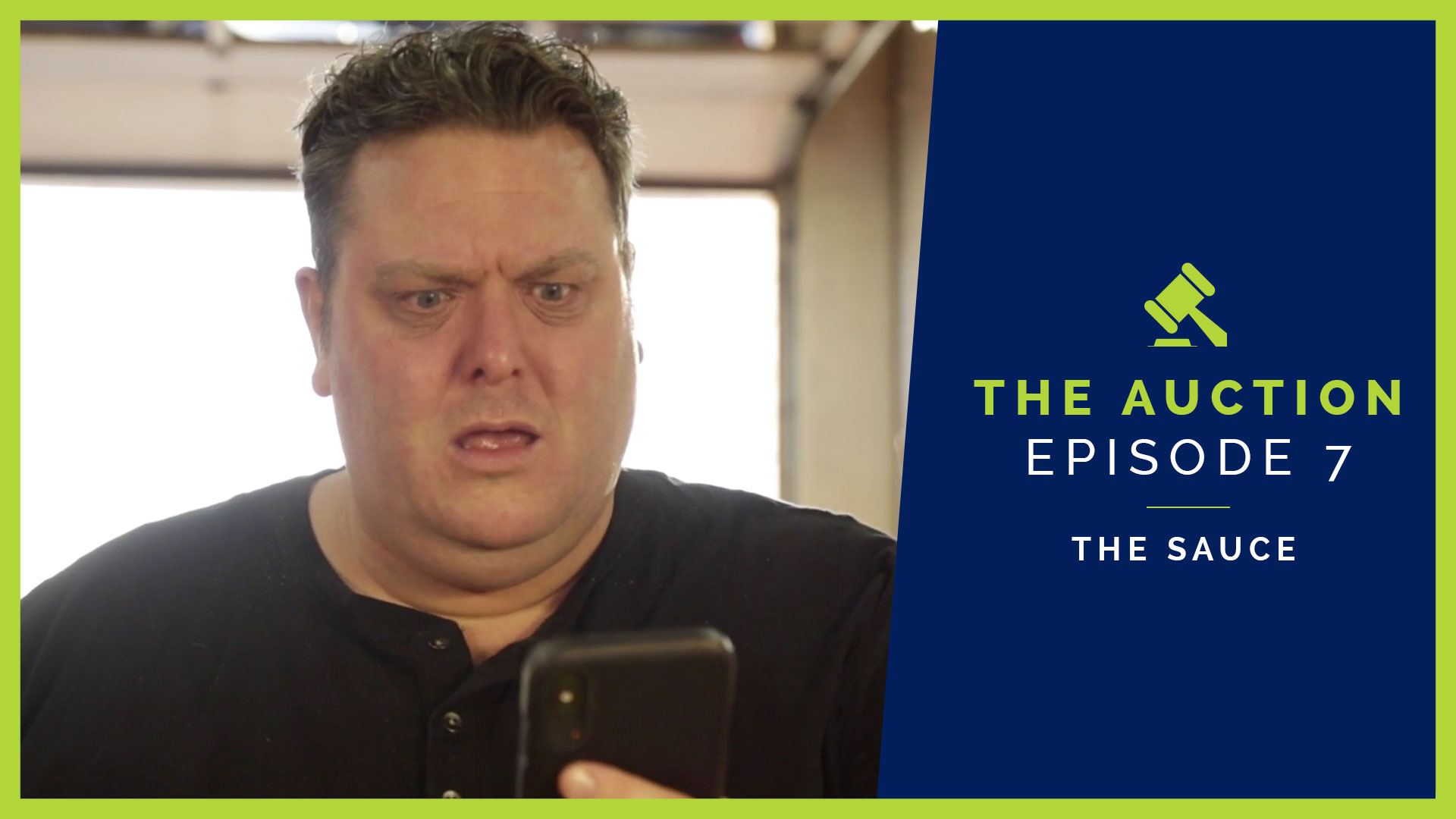 The sauce is hard to swallow

“At least we’re not Bob,” chides Frank in this episode of The Auction, played by VAN Co-Founder Bill Anderson. “Everyone knows Bob’s auction day is ruined the night before,” Frank chuckles, as he bashes Bob’s bad habits. “Like clockwork, he’s late, trying to work off a bender.”

Bob, played by The Auction Writer and Director Joe Webb from DealerKnows Consulting, admittedly has an alcohol abuse problem that has grossly impaired his judgment and affected his work, causing him to lose at least one job.

Will, played by VAN’s Co-Founder Tom Gregg, tells the group that Bob “never gets here early to inspect the vehicles.”

The gang seems to relish recalling several embarrassing incidents where Bob, who staggers towards them, made mistakes at the auction. The Kid, aka Katie, played by VAN Performance Manager Emily Gehrke, is visibly uncomfortable taking in all the information.

The Auction, Episode 7: The Sauce

Synopsis: Frank and the group mock their “friend” ‘Bob’’s alcohol problem by citing instances where, in a stupor at the auction, Bob makes poor buying decisions, once resulting in a job loss. Their jeering compels him to “make some changes,” including sobering up and discovering the benefits of being a VAN partner. Bob’s colorful moments at the Auction

Hank, played by VAN Senior Performance Manager Mark Curcio, says, “Remember that time you bid on the first 10 vehicles you saw just so you could get back to the bar?” He then recounts a time that Frank removed Bob’s bidder badge and stuck it on his back, only for Bob to black out and awaken to the fact that he purchased seven cars “and didn’t even realize it,” says Hank.

Bob admits, “unfortunately... not my finest moment. Thanks, Frank. ‘Got me fired,” he says.

Will adds, “How about that time when you bought that repo piece, not realizing the other side of that car had been sideswiped?” Hank jokes that Bob “thinks he’s bidding on two of everything!”

“Alcohol doesn’t solve your problems, but neither does milk” -Frank

Katie feels the gang is being tough on Bob. But all the ridiculing pushes Bob to introspection, inspiring him to “make some (positive) changes.”

The episode cuts away to an obviously sober and reformed Bob working on a computer at a desk, delightedly sniffing the air.

“Hmmmm. No exhaust fumes! No headache!” He admits, even his water tastes good.

Bob cheerfully turns to his keyboard and the VAN platform on his screen. “Even better,” he exclaims when he sees the numbers of vehicles acquired via VAN.