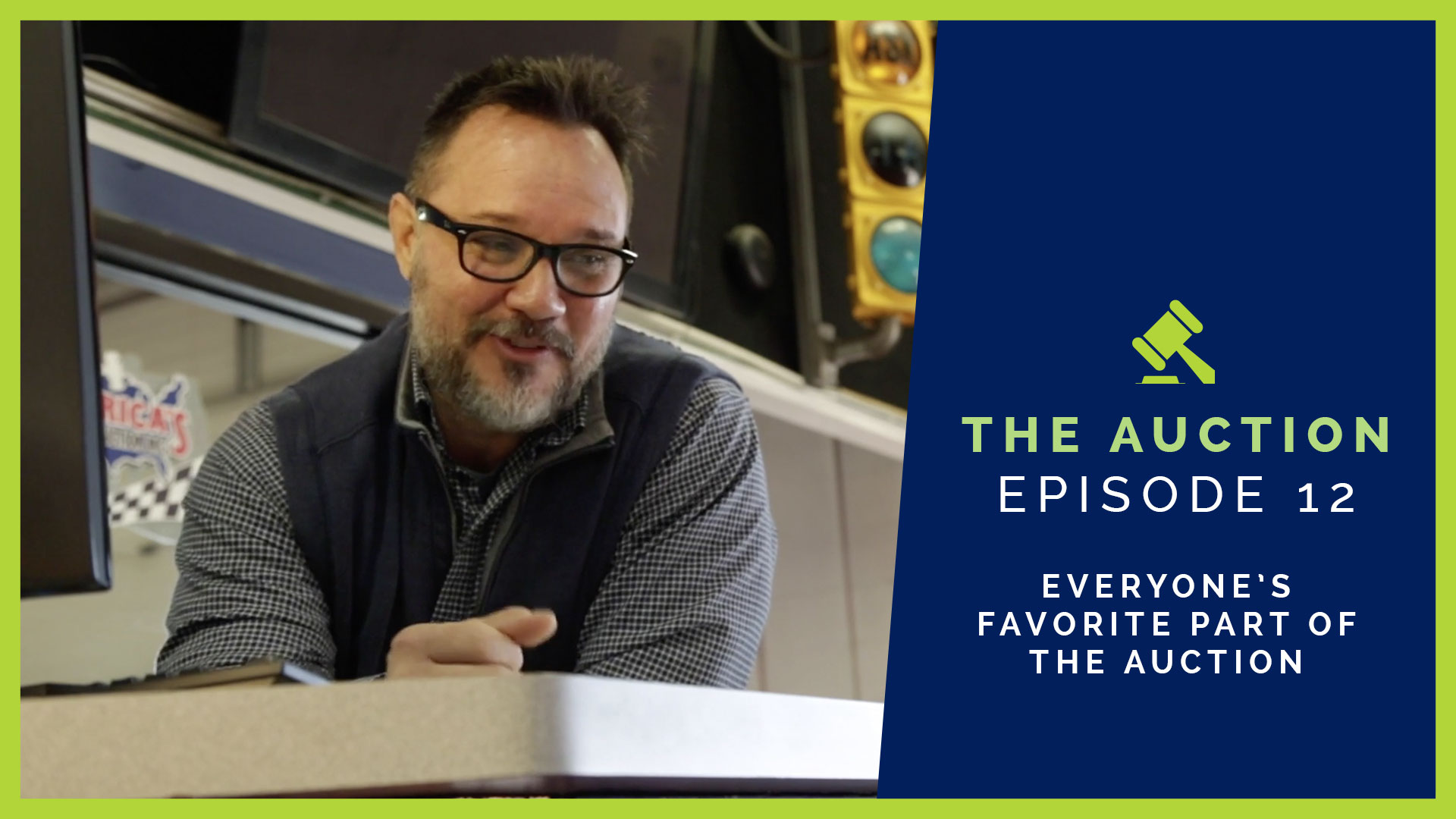 Everyone’s Favorite Part of the Auction

Frank finds himself alone at the auction in this last episode of The Auction. His “friends” have deserted him for greener pastures--in other words, more effective, efficient, and profitable ways to acquire used vehicles--namely, the internet and Vehicle Acquisition Network.

Besides his friends--missing are his unabashed disdain for modern methods, his biting rhetoric and ridicule of other buyers, and his steady job at a dealership. Frank tells the auctioneer he’s between dealers and is even starting to doubt the auction’s value for acquiring vehicles.

“Used cars are like kids: Mine are all right, but everyone else’s are like trash... And after a while, you kind of get sick of your own.” When the auctioneer asks Frank about Katie’s whereabouts, Frank replies, “it’s not my fault, but I am to blame.”

Synopsis: Left alone at the auction without his devices: his “friends” to ridicule others, even Frank at this point, is starting to doubt his antiquated methods for acquiring vehicles. Underlying is the fact that Frank has most likely lost his job because of his reluctance to embrace the internet. “Maybe you can get your old job back,” the auctioneer says, hopefully. Frank says he would have more luck getting his wife to sleep in his bed. “You never change,” the auctioneer chuckles. “Yea, maybe that’s my problem,” Frank admits.” Here’s my list,” he says, handing the auctioneer his paperwork,

“I think I’m gonna get out of here….It’s time,” Frank says. He takes one long last look around the auction that provided him with so many memories, fumes, noise, distractions, shared friends--and for a time, a steady income. Then he turns on his heels.

Frank sighs. As a different take on his usual saying: “Do you know my favorite part of every auction?” Instead of his stock answer, “Leaving,” he says with finality, “The Ending.” The End.

About 'The Auction' Series