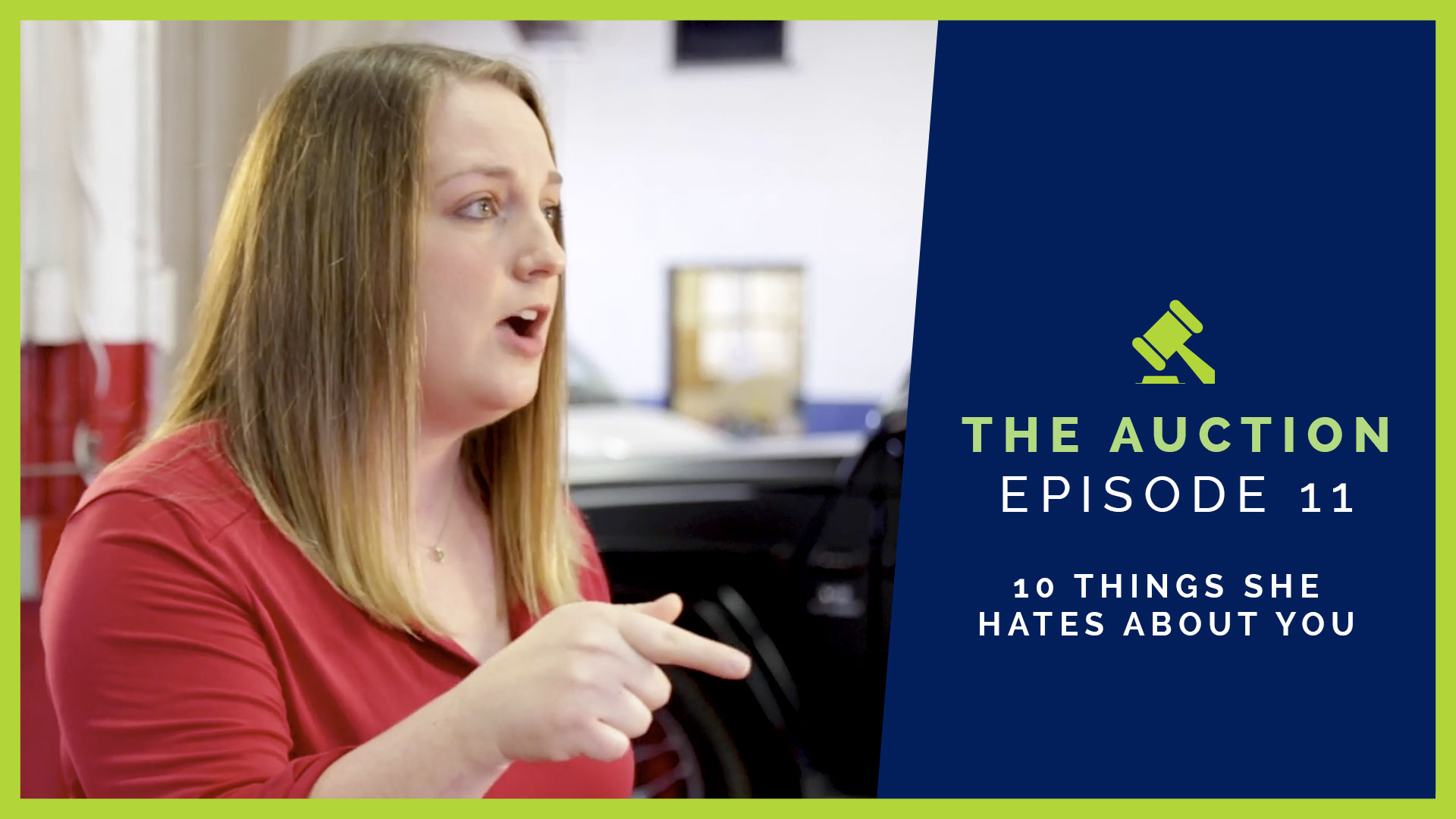 The Auction Is Flat Out Objectionable

Katie “The Kid” (played by VAN Performance Manager Emily Gehrke) hates the auction for more than one good reason. In fact, she tells Frank (VAN Co-Founder Bill Anderson), Katie has 10 excellent reasons she “hates” the auction.

The Auction, Episode 11. The Auction Is Flat Out Objectionable

Besides the fact that she finds it inefficient, smelly, pricey, noisy, and laborious, the worst aspect of being at the auction is Frank. Between traveling, the weather, walking--and--Frank, Katie is more than happy to leave and find cars elsewhere. Frank hints that "The Kid" is ungrateful, calling her a “know-it-all.” He says, “I don’t think you fully understand what I’m trying to do here.” She responds, “You want me to LOVE the auction. “I just notice its inefficiencies and know there are other ways to acquire vehicles.”

Frank challenges Katie to name one thing that isn’t great about coming to the auction. But, Katie can name even more objections.

“One--If you win the game, you usually pay too much. Two-- Someone can grease the palm of an auctioneer... but, it’s a trap if you don’t have eyes in the back of your head. Three--It’s as busy and noisy as a casino. Four--You can lose a game because someone overbids. Five--If you don’t act fast, you lose, but if you act too fast, they burn you.

“Six--Traveling to them is a tremendous waste of time unless your goal is to be a scratch golfer. Seven--Exhaust fumes. Eight--The walking, the weather…” She continues, “Nine--From a dealer’s perspective, if the person buying the inventory isn’t researched or buys the wrong cars, you’re stuck. Ten--Most of the time, you’re bidding against people bidding online who are driving up the price of the vehicle because they never saw the vehicles in person!”

Frank explodes. “Well, that’s 10! Proud of yourself?” But, Katie’s LEAST favorite part of attending the auction? “YOU!” She angrily points to Frank. “And you’re fired!”

But, her favorite part about coming to the auction, she says simply, “is saying goodbye.”

The Auction is a 12-part series of videos casting a humorous light on dealer auctions as opposed to the practice of sourcing used vehicles from individual private party sellers. We are featuring a new episode every other week from February through July 2021.