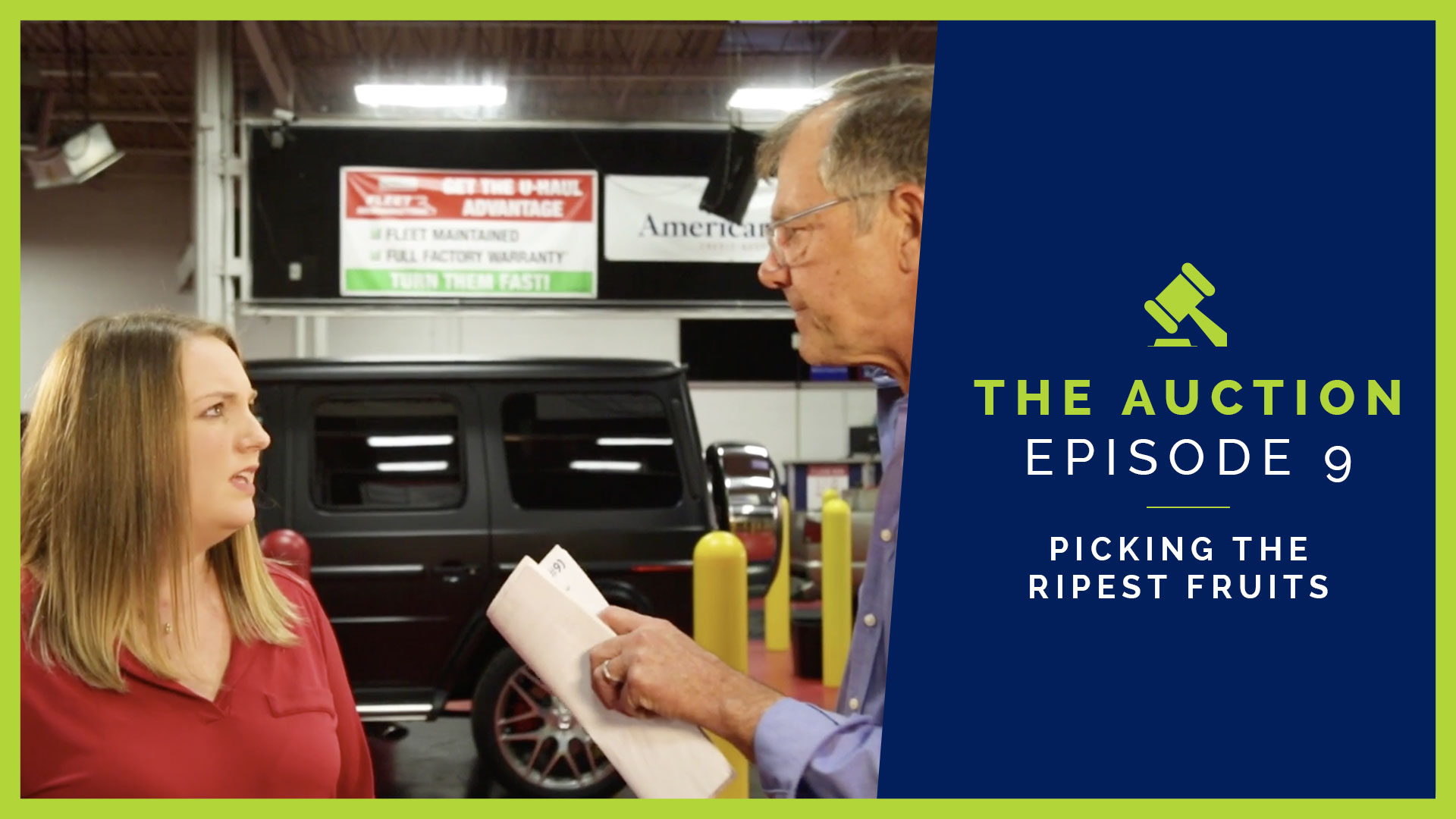 The Risks of Picking Bruised Fruit

Everyone’s heard of particularly unsavory vehicles being called ‘lemons.’ But, leave it to 'Frank and the Gang' to compare the fleet of auction vehicles to other fruits. In The Auction Episode 9, Frank, who is played by VAN Co-Founder Bill Anderson educates Katie 'The Kid’ (played by VAN Performance Manager Emily Gehrke, to the types of fruits she should pick while there.

The apples...well, you might also call them the ‘low-hanging fruit.’ Frank says, “They’re your everyday, run-of-the-mill cars. They might have a few bruises on them, but these are the main ones customers look for, so you gotta buy them by the bushel.” A plum, Hank maintains, “is a vehicle...you weren’t expecting to be as nice as it is. It surprises you.”

Synopsis: Everyone knows not to pick ‘lemons’ at the auction...Or do they? The group discusses the peaches, cherries, plums, and apples of available vehicles for purchase. But Will buys “anything,” because he’s confident he can sell all the lemons--no matter how bruised. But then ‘The Kid’ teaches him something about VAN! Everyone knows not to pick ‘lemons’ at the auction...Or do they? The group discusses the peaches, cherries, plums, and apples of available vehicles for purchase. But Will buys “anything,” because he’s confident he can sell all the lemons--no matter how bruised. But then ‘The Kid’ teaches him something about VAN!

‘Will’ (VAN’s Co-Founder Tom Gregg), though, just doesn’t care what he buys, Frank claims. He isn’t “looking for any special fruit,” Frank says. “He’ll buy anything!” Hank agrees. “There’s no vehicle ugly enough to prevent Will from buying it!” Will chalks it up to his innate ability to “sell anything.”

The gang adds that no amount of ‘bondo,’ body damage, knocking, ticking, or even beat-boxing off-puts Will. Hank recalls his friend buying a “hurricane car whose instrument panel doubles as a working aquarium!”

But, Will says he doesn’t complain; he just doesn’t disclose the faults to the customer. “But that’s illegal,” Katie protests. Frank objects, saying it’s “more like frowned upon--kind of like, cheating on your wife with her sister.

The Kid vehemently disagrees.“It’s illegal and it’s unethical! Our dealership better never sell lemons to anybody!” Frank, with his 30+ years in the car business, commands Katie--whom he calls “greener than an avocado”--not to tell him how to do his job.

Will claims it’s not always his fault that he chooses the vehicles he does. “Based on my budget, I scrape the bottom of the barrel in these places. Plus, all the bidding against others, transportation costs, auction fees,...” If only there were a way to avoid all that “before they become trades or auction pieces or junk off the other dealers’ lots, I would” Will says, thinking out loud.Katie comes up with the perfect solution--VAN, pulling up the app on Will’s phone.

“That’s what everyone’s been talking about…” he says, as he leaves the auction