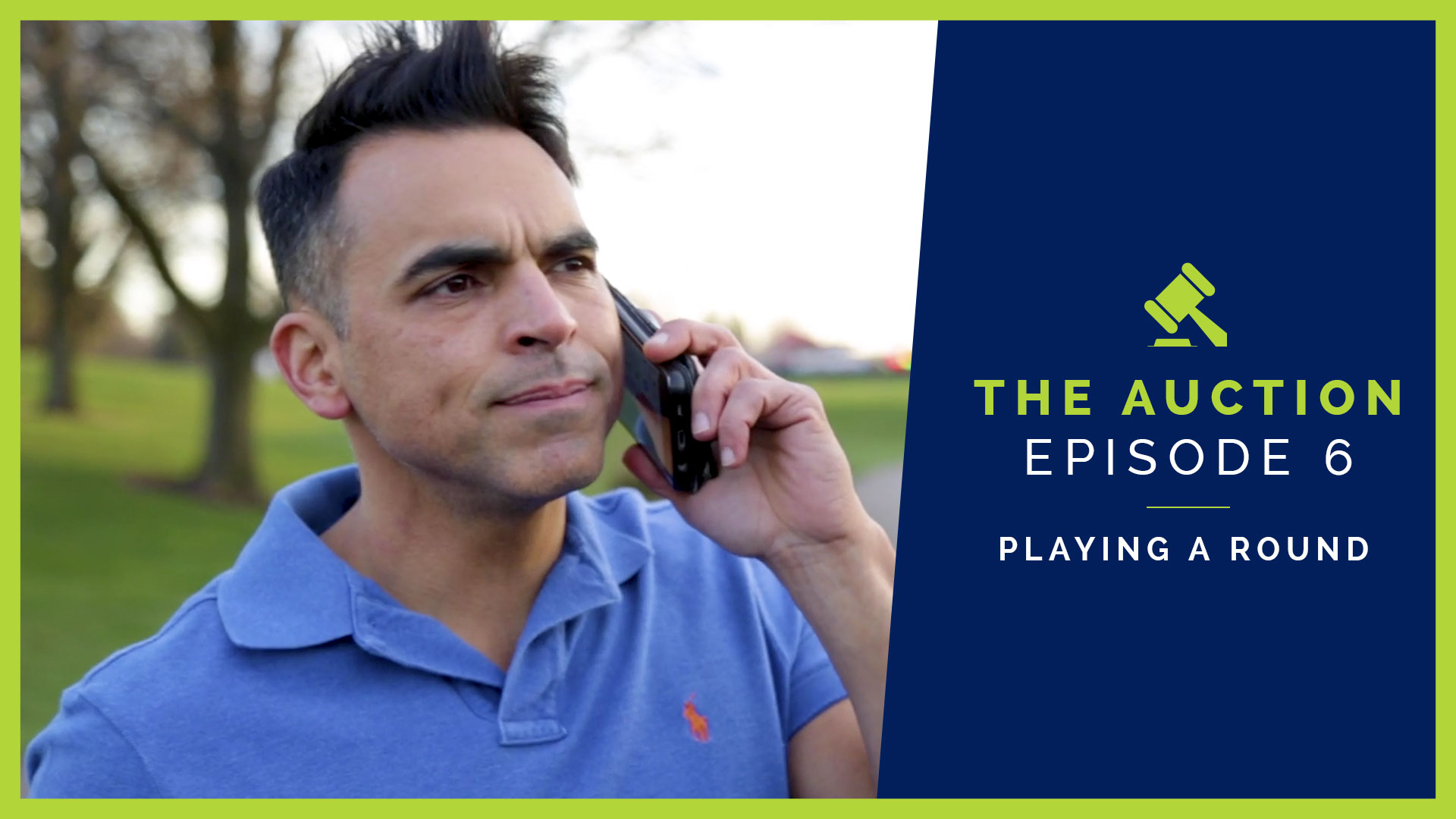 Whether it’s the game of golf, the game of life...or the auction game, people play games whether they mean to or not.

"People come to the auction for different reasons, says Frank in this webisode of The Auction played by VAN Co-Founder Bill Anderson.

“Most use buying cars as an excuse to come to the auction,” he says. Some like to escape work, travel, some come for the food, the attention, friendship and other reasons.

The Auction, Episode 6: Playing a Round

Synopsis: The Kid meets Rob who frequents the auctions to source vehicles he can and simultaneously uses VAN to source from individuals, all while playing rounds of golf at nearby courses. Frank, Hank, and Will again are stumped by the “Internet” that repeatedly reveals itself to the auction gang. Rob gets to the auction early and makes his run list. Will, played by VAN Co-Founder Tom Gregg, interjects that Rob “walks the lot like he’s studying the golf courses he’s gonna play.”

But there's a method to Rob’s supposed madness. He carefully analyzes the vehicles at auction to ensure his success.

Rob brings his scan tools, or "clubs" as Frank calls them, to assess if (a vehicle’s) problems are going to be large or small. He buys a number of vehicles with varying degrees of wear and tear. He brags to the Kid that he knows all the best (golf) courses at "every auction” and that “nothing” stops him from making his tee-time, not even the auction.

Rob finishes by explaining that if he doesn’t find enough of the right vehicles at auction, he uses VAN to supplement his inventory. Although the Kid thinks this mindset might actually equal a formula for success, Hank chides her.

And when she mentions that she’s been researching VAN’s platform, Hank, throws up his arms in disgust and groans, “AGGHH, the internet!”

Frank belittles Rob’s ways of choosing vehicles and his obsession with playing golf. Frank also explains that Rob, “hacking away at golf balls all day doesn't make him any more a pro...than you standing here, makes you a car.”

But when the scene cuts away to Rob on the golf course, taking an important phone call from a potential seller, everything the Kid claims--as it’s revealed--actually appears to be true.