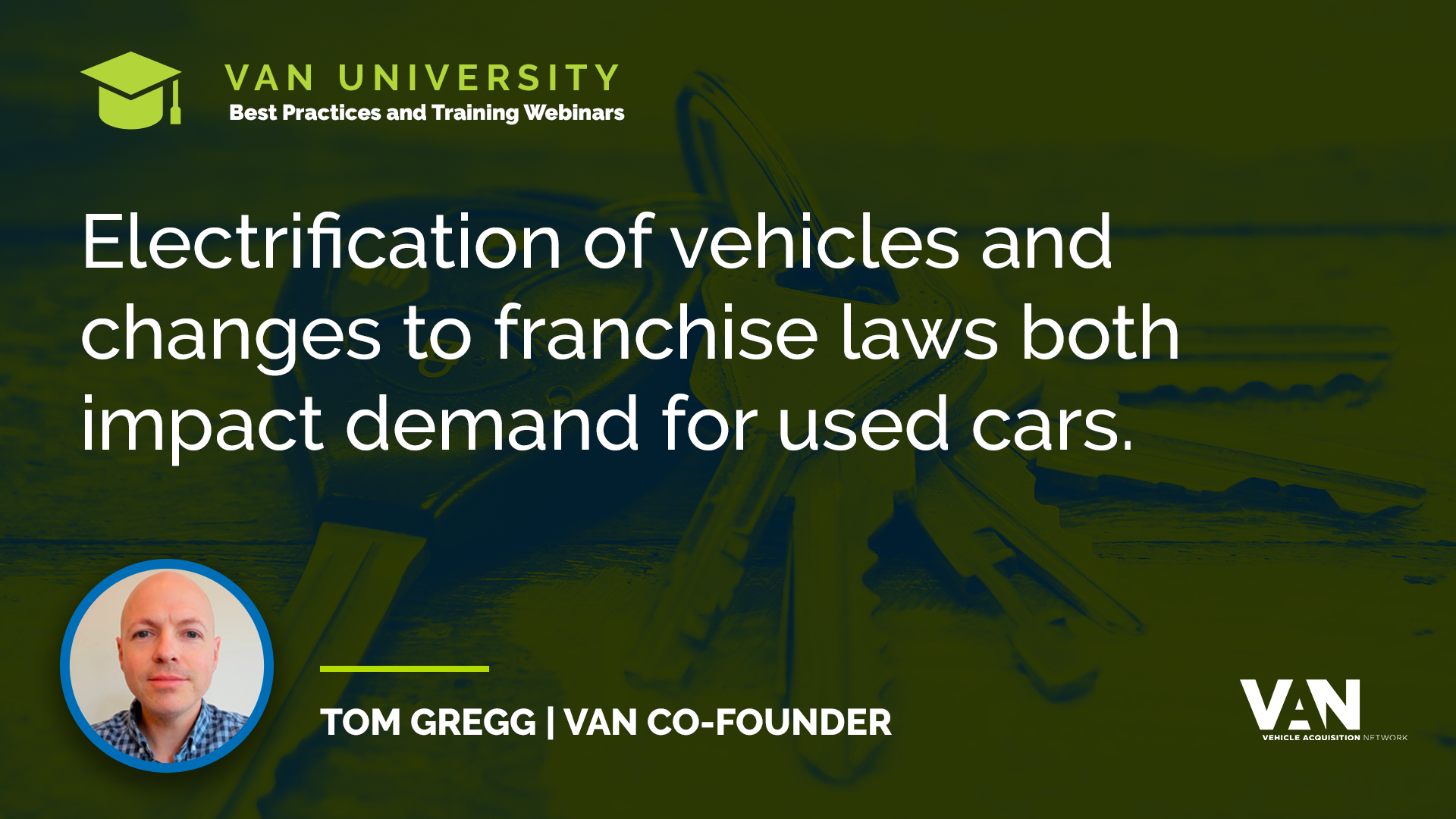 Electrification and franchise laws will impact demand for used cars

Despite a constraint on new vehicle supply, due large in part to the microchip shortage, demand for new and used vehicles has remained steady. As a result both wholesale and retail prices of used cars have increased.

Case in point, the average new car price in the first quarter, according to JD Power, was $37,200, up 8.4% from the same period just a year ago.

The microchip shortage doesn’t necessarily increase the demand for used, but with the reduced supply in new vehicles combined with the heavy push to electrification of new vehicles, demand for pre-owned combustion engine vehicles is climaxing, explains VAN Co-Founder Tom Gregg in this video excerpt from a recent VAN University webinar.

With the exception of Tesla, the existing OEM-Dealer model creates a struggle for control of who gets which cars. But this is expected to evolve, which Gregg explains will heighten the relevance for franchise dealers to remain local because OEMs will have more control over the distribution of new vehicles, forcing franchise dealers to focus more on used vehicles in order to maintain control of their business.

Also, fewer and fewer internal combustion engine vehicles will be entering the market, keeping demand high for ICE's relatively high over the next decade.

In the video below, VAN Co-Founder Bill Anderson predicts that manufacturers will try to devise ways to circumvent franchise laws, and what will remain is a “battle” for the share of brand sales, which dealers must compete in by acquiring vehicles off the street from individual private party sellers. These videos are excerpts from one of ourVAN University webinars, which are conducted each month in the Learning Center, a no-cost no-obligation learning program for dealers and dealership personnel seeking excellence in being more profitable with their Buy Centers and used car businesses.

> Sign up today in the VAN Learning Center for more great information about sourcing vehicles from individuals and to be included in future webinars.